There will be an informational meeting on October 12th from 1:00 P.M. to 3:00 P.M. at Delafield Town Hall, W302 N1254 Maple Avenue, Delafield, WI 53018 If the main parking lot fills up, there is additional parking by the skateboard park. The meeting is primarily for the residents of both Nemahbin Lakes, Pewaukee Lake, and Okauchee Lake, but all are welcome to attend. There will be a presentation about the ecology and identification of  starry stonewart, as well as current control efforts, results, and what the next steps are in regards to the management of this species. The Town of Delafield has requested that in place of payment for the venue that all attendees bring an item to donate to the local food pantry. The following items are requested: canned soups, canned vegetables, canned meat, and canned fruit.

To learn about Blue-green go to:

What started with a small group of Pewaukee Volunteers wanting to help the declining and almost disappearing walleye population in Pewaukee Lake has turned into a huge success story. 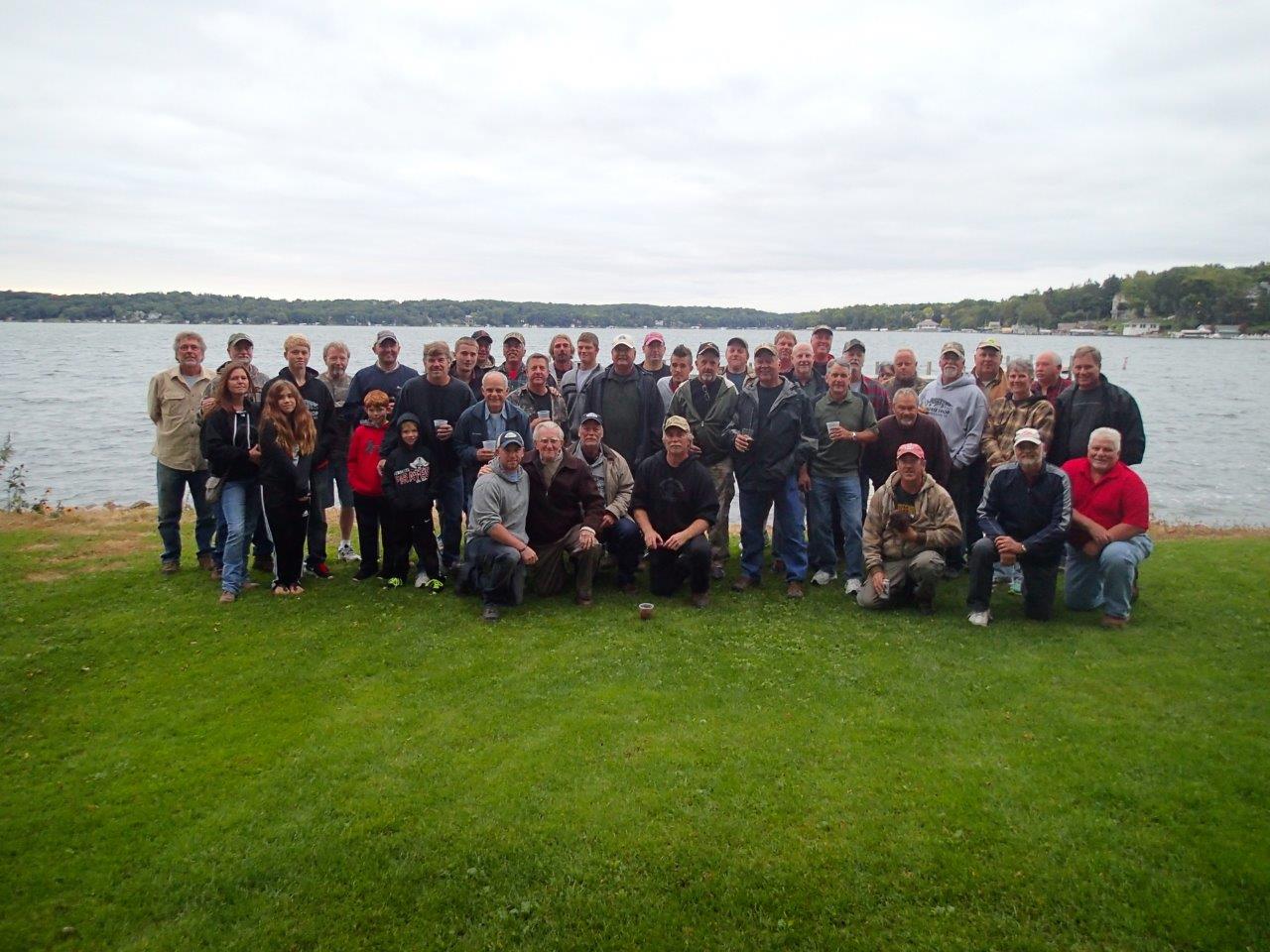 The group was deemed the fastest growing non-profit organization in Wisconsin in 2014 and 2015 by the Wisconsin Wildlife Federation. In less than 3 years the group has been responsible for building a walleye wagon and stocking 3 million+ walleye fry in the lake in 2014 and 5 Million+ in 2015. The group has worked closely with Ben Huessner, the local fish biologist of the WDNR and due to the groups “vocal positions” has influenced the WDNR into stocking fall fingerling walleye and northern pike. Both the northern pike and walleyes are native to Pewaukee lake and the fertility of the lake is very good for sustaining those species. However those fish are heavily sought after by fisherman who like fresh cooked fish fry’s.

Overfishing and consumption of these fish can damage the population to a point of no return. With predator fish being reduced the pan fish population goes crazy and they become overpopulated and stunted. With the walleye and pike population being reduced by fisherman and natural causes, then add in the lack of natural reproduction due to their spawning habitat being developed, you are relying almost solely on WDNR stocking. With WDNR budget cuts and staff reductions the stocking efforts appeared to becoming non-existent over the past 7 years or so.

The recent stocking efforts by the Walleyes for Tomorrow group and the support of the Lake Pewaukee Sanitary District has been paying off. Emails with “Thank you’s” and text messages with pictures of little walleyes are hitting the phones and facebook pages.

The group also installed the first “Fish Sticks” project in southeastern Wisconsin. Fish Sticks are a nick name for woody structure that is placed in the water. These are simply trees that lay in the lake that have been cut down and used for habitat and a food source. Macroinvertebrate live on the submerged branches and insects gather on the branches out of the water. This in turn is like a smorgusborg of food for birds, frogs, turtles, and little fish which in turn feed bigger fish. It’s a whole ecosystem in itself. To see more about Pewaukee’s Fish Sticks project go to: Pewaukee Fish Sticks Project link

The groups efforts on stocking have been through the construction and operation of a portable fish hatchery called “The Walleye Wagon”. This involves netting the female and male Walleye’s, milking out the eggs, putting them into jars and pumping lake water through the jars gently rolling the eggs until they are ready to hatch. Once hatched they are siphoned into the lake in the deeper section of the big lake where the Zooplankton are gathered, therefore providing food for the little walleye fry. This walleye wagon operation is a huge undertaking and takes hundreds of volunteer hours. But it is working and the proof is in the photos and on the end of our fishing lines. For more information on the “Walleye Wagon” go to: The Walleye Wagon link

All this volunteer work takes time and money, therefore the Chapter is always looking for more members and especially Sponsors. To become a member you can go right to this link: Membership link

The list of sponsors has been growing and the support is incredible. The new walleye “Catch and Release” program offers any Walleye’s for Tomorrow – Pewaukee chapter member a free fish fry upon the catch and release of a legal walleye in Pewaukee lake. It also puts you in a drawing for a larger prize such as a shotgun, beaver dam tip-ups and rod and reel combo’s. The Sponsors have donated free fish fry’s to the club in support of this effort. The program inception was due to the fact that we were losing the larger walleyes for supporting the walleye wagon with fertilized eggs. If the population is so low we can’t catch fish, the walleye wagon efforts will be futile. However with the popularity of this catch and release program and the notoriety of the chapters work to date, things are looking really, really good. To see who these wonderful Sponsors are go to the Sponsor page: Pewaukee Chapter Sponsors

The Lake Pewaukee Sanitary District has hired the Southeastern Regional Planning Commission to update the Pewaukee Lake Management and Watershed Protection Plan. The plan will be the 3rd  iteration of the original plan.

The first Public meeting was on June 25, 2014 at the Pewaukee Public Library located in the Village of Pewaukee.  The meeting was well attended and good questions were asked and answered by the Southeastern Regional Planning commission.

The plan will be based on sound science to maintain the overall health of the lake as a balanced ecosystem. A survey questionnaire was provided to allow the Public to comment on their uses, where they live, their thoughts on the water quality and how to continue to improve it as well as noting their favorite recreational activities and experiences.

Click on link for the news release from Southeastern Wisconsin Regional Planning Commission that was utilized to get the Public to join in the planning efforts.

The next Lake Pewaukee Sanitary District Meeting,will be held on:

The District does not provide garbage or trash collection. Those services are provided by the City of Pewaukee (Johns Disposal Service) or the Town of Delafield (Advanced Disposal).

The location could not be found.